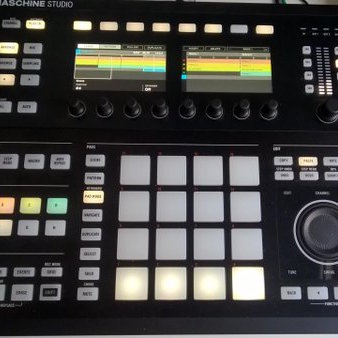 With the Native Instruments Maschine Studio as focal point, this year I will generate a new sonic idea each day, towards a post-Pact electronic music release.

On March 20th 2015, ‑otron released Voltronic/Galaxer, a two-sided LP of electronic beats and atmospheres. And also the progeny of Man and Maschine.

Following the end of the CreativePact, I went through a period of developing the material, beginning with creating an outline for the album (as detailed in the project summary post). With an outline in place I went through each track one-by-one, extending them out to full-length. This process included a system for balancing the sides, as I explained recently in The Audio Podcast show 142.

Once all tracks were extended and sequenced they were sent off to Dominic Thibault for mastering, the results being excellent; the masters were then shipped off to be duplicated on to cassette (see below).

With the goal of releasing an album achieved I can look back at this CreativePact with satisfaction, and not just because of the end result. At the beginning of the Pact I gave thought on the best way (for me at least) to approach the Pact, considering the hit-and-miss nature of the two before it; I can say that the structure conceived worked very well and I'll approach future Pacts in a similar way.

Voltronic/Galaxer is out now and can be streamed and downloaded from Bandcamp. 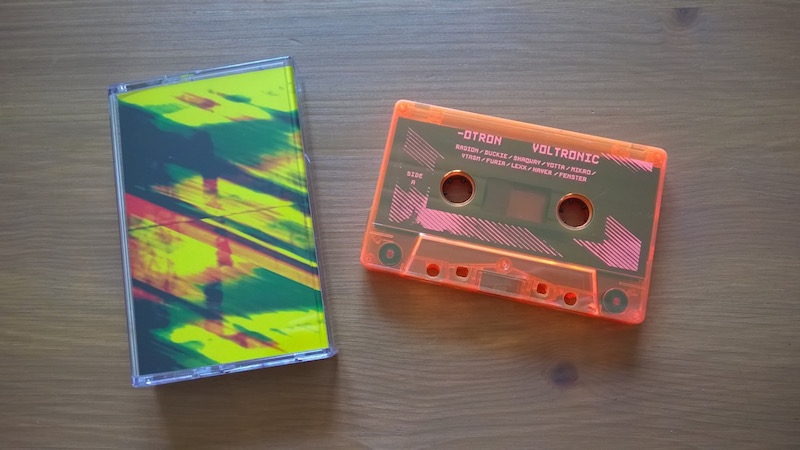